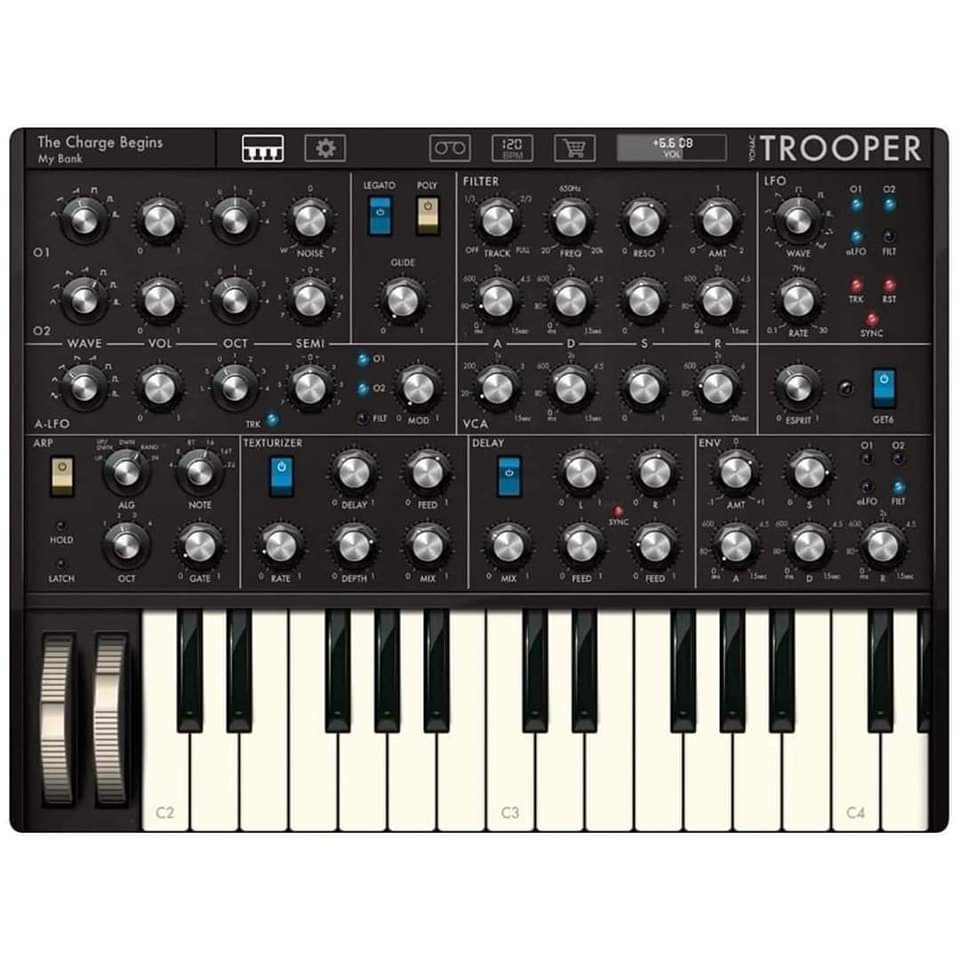 Yonac Inc. have released Trooper, a very flexible synth that can delivery anything from thick basses, buttery leads to feathery pads. Trooper is available at the intro price of $6.99.

Trooper is said to sounds huge, yet tweaks easy. It’s coated in analog “fat,” yet bursts with tonal surprises nestled across its controls. Get ready for an all-out sonic assault, because Trooper is here and it’s our meanest, beastliest, user-friendliest synth yet!

Many of Trooper’s parameters are meant to interact and meld together in novel ways. For example, the oscillator volumes —beyond just acting as mere blend knobs— vary the characteristics of the basic signal depending on how far they are “pushed”. The emphasis is on providing warm and round basic tones with lots of variable harmonic content.

The primary oscillators are backed by an audible LFO that is both a sound source and a wide frequency range modulator. This lets FM-based sounds to combine with traditional waveforms. A pink/white noise generator helps out pads and percussions, and insidiously changes tonality when added in small amounts.

A new filter implementation complements the pugnacity of the signal generators. In its middish settings, the resonance can be characterized as “throaty.” The filter is capable of self-oscillating, and can be controlled via the keyboard. The mated ADSR envelope is shaped to provide tonal ‘immediacy’ and smooth frequency shifts. The amount knob has a wide range that changes the feel and shape of the envelope, especially when pushed above the mid-level.

The output stage features a virtual VCA that imparts tones colloquially termed as “fat”. Extra modulation is provided by a non-audible LFO and a dedicated envelope. The LFO offers numerous wave shapes, BPM syncing, and key tracking. Its output is controllable via the mod wheel, velocity, or aftertouch.

The Esprit parameter helps deploy some of the Trooper “special sauce.” Highly interactive with the stages preceding it, Esprit is known to be handy in tightening up bass tones, and in adding the “je nais se quois” to presets at large. The Get6 parameter is a one-touch ticket to big, mix-filling synth sounds. So whenever you’re lost in an empty mix…it’s got your six.

The arpeggiator inspires rhythms with five algorithms, variable note value, octave range, and gate. The “Texturizer” purveys a wide range of modulation effects that include chorus, flanging, variable comb, resonant delay, and stereo imaging. The BPM-syncable two-tap delay has time and feedback controls per channel, and is tuned a little darker than our usual offerings. Trooper can run in monophonic or polyphonic mode, the latter providing up to 12 voices. Legato is available in either mode.

The robust MIDI implementation also includes MPE support, and the synth is able to I/O MIDI performance data. The “MagTouch” virtual controller lets you to play and record (in AUv3 hosts so enabled) over the MPE protocol. MIDI learn is made easy via a visual interface, and users can save, patch-link, and share MIDI CC maps. Bluetooth MIDI input is also supported.

The AUv3 implementation lets you to run multiple instances of Trooper in DAWs. Trooper’s fluid UI accommodates a wide variety of screen sizes and view configurations. Feature navigation is designed to be nonintrusive so that parameters can be accessed easily. The iPad implementation supports portrait layout, so that pretty much all is on one screen.

Included are over 250 presets that range from deep basses to weird so-and-so’s, stopping by many other sounds along the way. The powerful YPAT2 system helps you save, catalog, and share presets with ease.

The standalone app provides a “Tapedeck” to record, save, and share your ideas on the quick. It features a built-in looper, and a metronome with configurable time signature. The standalone also features tap tempo, and MIDI clock syncing. DSP is in high resolution 64-bit, with native processing at up to 96kHz. 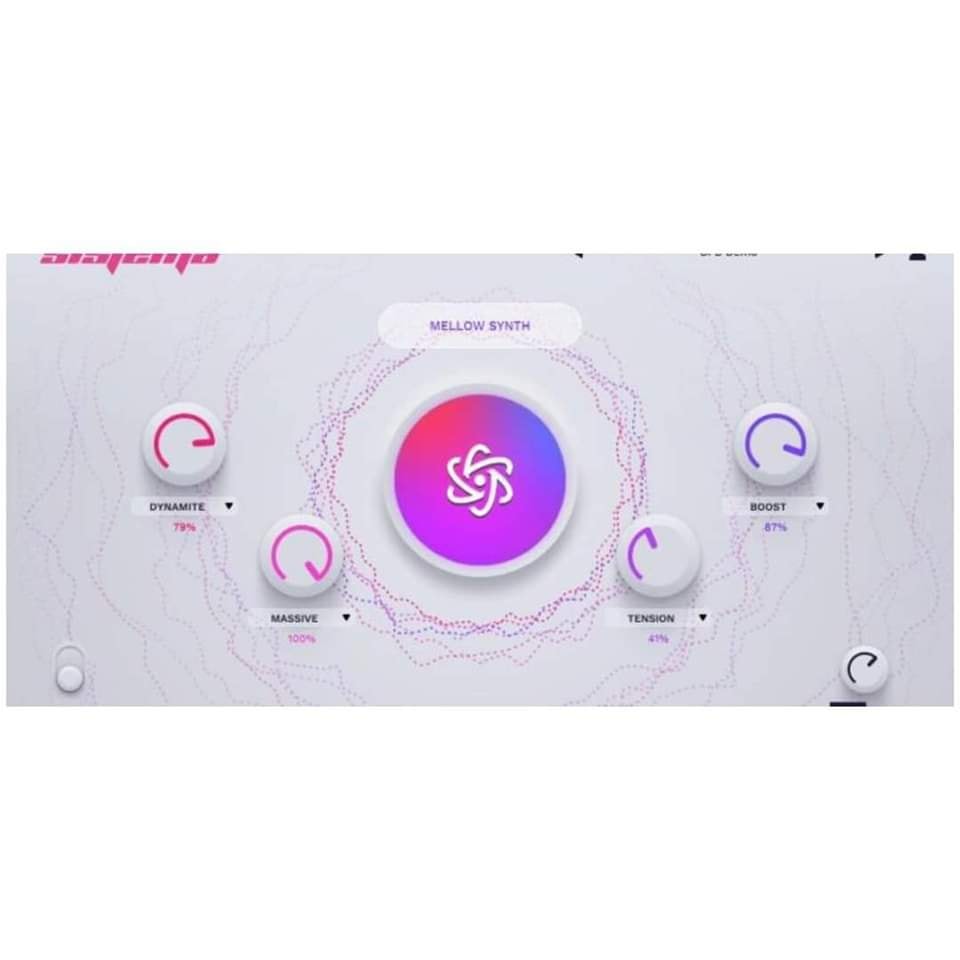 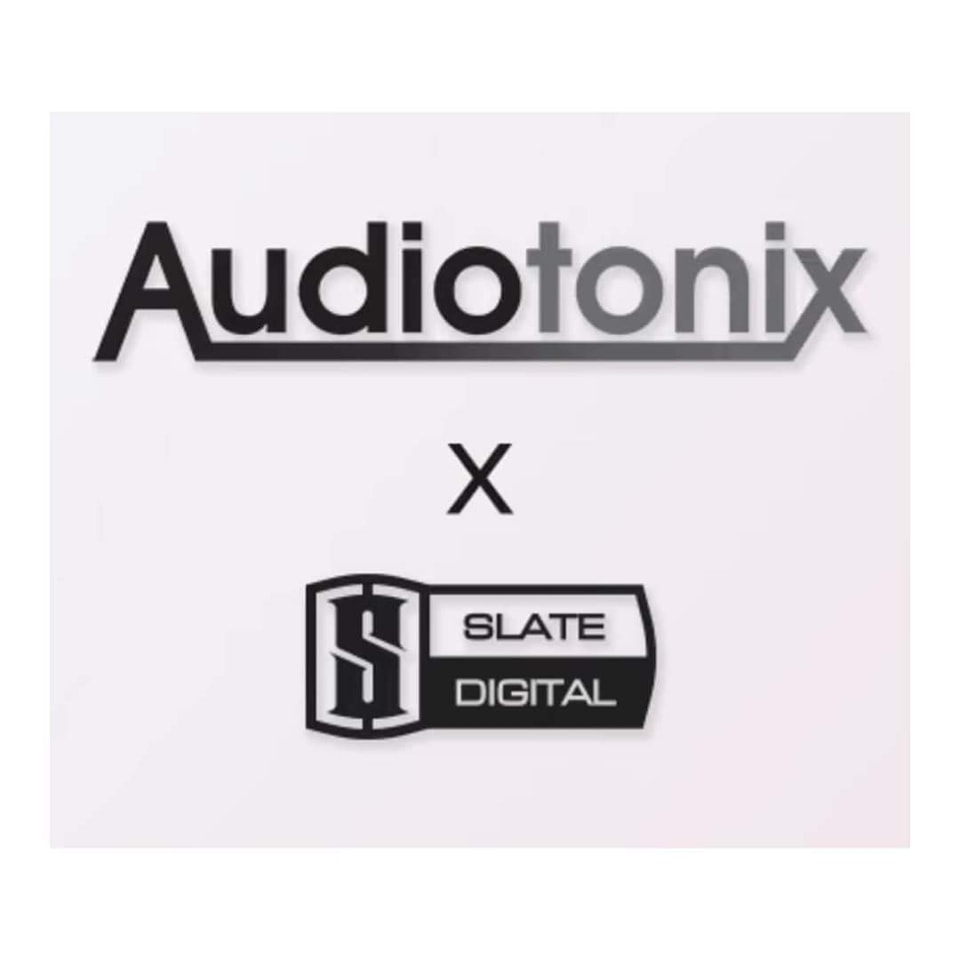 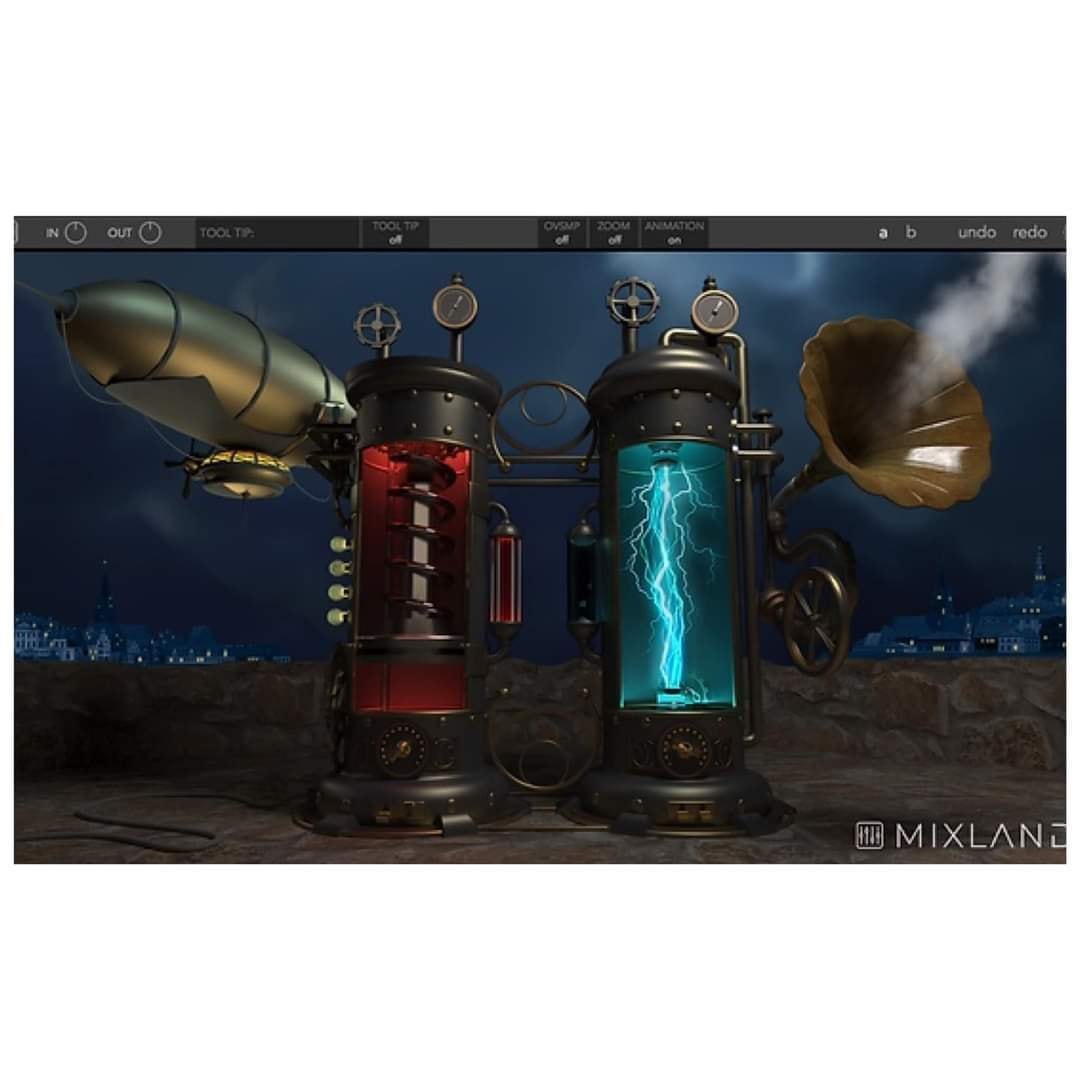 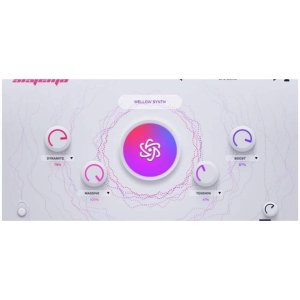 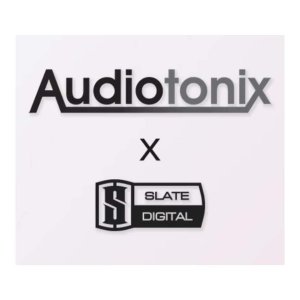 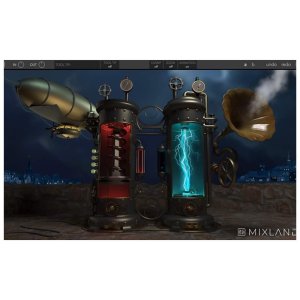 Published on 17 hours ago 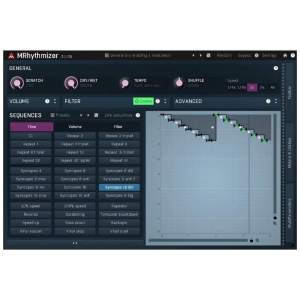